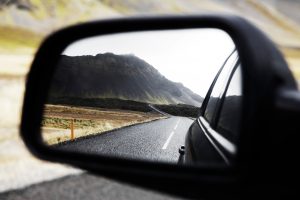 This week was a good week for us as we had +548% return day trading SPX weekly options, and +634% day trading SPY weekly options. It was a week full of market swings and so we are going to recap a few of the days to explain how we traded in more detail.

This was a day where giving the SPX a little extra room to move, enabled us to ride out the intraday drawdowns and lock in a profit.  We entered a put on this day expecting weakness. We held through the initial morning rally, because of the 2368 level. That was a level of some support/resistance based upon the previous day’s action. Our initial stop for the day was about -70%. But when the stop is also near a level of support/resistance, we will give it a little more room. We discuss this approach in a previous article.

So we were willing to give it an extra 10% or so based upon it hitting that level and not breaking through. Because, if a stop is near a level of support/resistance we will give it a little extra room. That is why we held, had it broke 2368, we would have exited and taken a larger than 70% hit. But the level held, it turned and went our way. It broke our 1st target level of 2359 we exited with a trailing stop as it quickly bounced back up.

This was great day to have a call, on this day our Key levels were the main reason we were able to ride the trade. Our forecast as shared in the SPX Daily Outlook had target levels of 2386, 2392, 2396. We entered the trade and by 10:20 am it was up over 152% at 2389 on the SPX. At that point a trader had a choice to make…how to best ride this day. It was either follow with a very close trailing stop, or use the key levels. Given the overall tone of the market, it was clear there was great strength. Because the markets were moving so strong, we used our Key Levels as the means to determine our exit. This meant we would allow it to pull back all the way to 2386 before exiting the trade. This is one of those days were the overall tone of the market was our main reason for not pulling up our trailing stop too close at this early in the morning. Once the SPX breaks a key level, we often will use it as the stop level, and that is what we did on this day. For further information, see this article.

Then we were able to ride it up using our key levels to exit as it pulled back towards our 3rd level at a very nice 413% profit. Using the key levels is so important as we seek to maximize huge days. It is always difficult trading at historic levels as we are in the current market. But when it is running strong and everything is going our way, using those key levels is an important way to maximize the daily gain. Remember once level is broken, it will often act as support. It is not unusual to see it pause between two key levels before continuing the move on a strong day.

This was a day we entered with a put. The market headed in the right direction very quickly, and our 1st  target level was 2374. When the SPX hit 2375.39 we were up at 185% in our option contract. It was very close to our 1st target level, and it started to bounce. At the same time the SPY barely broke it’s 1st target level and also started to bounce. We are always watching both SPX and SPY to help determine exits. Because it was bouncing quickly, we used the 10 MA as our guideline for exit. The SPX turned and rallied and took us out as it hit the 10 MA for a 95% gain. The reason we didn’t give it more room, was because it hadn’t yet broken our 1st key level. It was close and tried to make it, but didn’t. It was clear the level was going to act as strong support for the day, as it was doing on the SPY as well. So, that taken with the fact that our % profit target had already been hit, we used the 10 MA as our guideline for exit. We locked in the profit, and it was good that we did, for the rest of the day just continued to drift back up.

The differences between March 3rd  and March 1st, are subtle but important to note. On March 3rd, the Key level was not broken, % profit target had been hit and it was bouncing off our key level. So we used the 10 ma to help decide when to exit. On March 1st, the 1st key level had been solidly broken and the % profit target had been reached, but the SPX was stalling between 2 levels. So we used the 1st level as our Stop, giving it room to continue the strong move. That is the reason for the difference in exit strategies between these two days.

It was a great start to the month of March for us. The key for our trading as always, is the SPX Daily Outlook. Using those forecasts is what enables us to trade the way we do. We look forward to another great week ahead, day trading SPX and SPY weekly options.